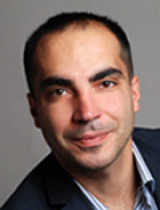 Francesco Borrelli received the ‘Laurea’ degree in computer science engineering in 1998 from the University of Naples ‘Federico II’, Italy. In 2002 he received the PhD from the Automatic Control Laboratory at ETH-Zurich, Switzerland. He is currently a Professor at the Department of Mechanical Engineering of the University of California at Berkeley, USA. He is the author of more than one hundred publications in the field of predictive control. He is author of the book Predictive Control published by Cambridge University Press, the winner of the 2012 IEEE Control System Technology Award. In 2016 he was elected IEEE fellow. In 2017 he was awarded the Industrial Achievement Award by the International Federation of Automatic Control (IFAC) Council.

Since 2004 he has served as a consultant for major international corporations. He was the founder and CTO of BrightBox Technologies Inc, a company focused on cloud-computing optimization for autonomous systems. He is the co-director of the Hyundai Center of Excellence in Integrated Vehicle Safety Systems and Control at UC Berkeley. His research interest are in the area of model predictive control and its application to automated driving and energy systems.